We are the implementing agency on the New Zealand side under the 2007 Arrangement between the European Space Agency and the Government of New Zealand.

Among other governance roles, Ian is the Chairman of Great South, Southland Regional Development Agency Ltd, which established NZ Functional Foods Ltd. He was previously regional affairs manager for Air New Zealand, where he was awarded an ICON award for exhibiting outstanding personal and professional leadership qualities. His career has been one of sustained high performance in senior management positions across industries from telecommunications and retail to aviation, tourism and logistics.

(two further Board members to be announced) 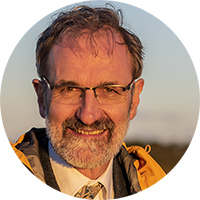 Invercargill has three national parks, four nearby ski-fields and an outdoors culture that can’t be beaten. The tourist mecca of Queenstown is just up the road, and there are daily direct flights to Auckland, Christchurch and Wellington. There is a vibrant arts and culture community, and the schools are as good as the best to be found anywhere else in New Zealand.

Vacancies: We don’t have any openings at the moment, but feel free to send us your CV if you are interested in joining us and have 1-3 years’ engineering experience working with radio frequency systems.